Being winter time, we don’t get much sunshine and tend to fall sick more often.  Thankfully, there are natural ways of boosting our immune system which keeps our body fighting off those unwanted nasty colds, flu’s and infections.

Two important vitamins can help optimize our immune system and reduce our chances of getting sick this winter.

Firstly we have Vitamin C. Research published in the Cochrane Database of Systematic Reviews in 2013 found that regular supplementation with Vitamin C had a modest but consistent effect in reducing the duration of the common cold.

In times where dietary intake is not sufficient or there is an increased demand (illness or stress), supplementation may be needed.  Chiropractic Solutions offers a terrific Vitamin C supplement formulated by Metagenics, which has been pH balanced to reduce any gut irritation. Its advantages include its easy consumption as it comes in powder form, which allows better absorption and dosage quantities and is pleasantly flavoured. 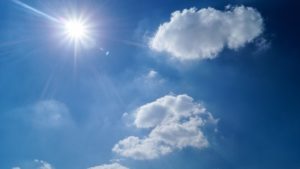 Vitamin D is a fat-soluble steroid also known as the “Sunshine vitamin”.  Vitamin D deficiency is a worldwide epidemic, with well known impacts on calcium metabolism and bone health, but increasingly recognized associations with chronic health problems such as bowel and colonic cancer, arthritis, diabetes and cardiovascular disease.(Hamilton 2011) An estimated 30-50% (Lee, O’Keefe et al. 2008) of the population has low vitamin D3 levels, and these levels decline over the colder months with less exposure to sunlight. Vitamin D is tested via blood test and normal levels are defined as 20 to 31 ng/mL (75 nmol/L) (Angeline, Gee et al. 2013).

A growing body of evidence shows that vitamin D plays a crucial role in disease prevention and maintaining optimal health.

Sources of Vitamin D: Where can I get Vitamin D?

1) Sunlight: Ample sunlight exposure is your main source of vitamin D. Obviously during the winter months, our exposure to sunlight is significantly reduced.

2) Diet: Vitamin D is only naturally present in a few foods (Beef liver, cheese, egg yolks, cod liver oil and Fatty fish like tuna, mackerel, and salmon), and added to other foods (like some dairy products, orange juice, soy milk, and cereals).

What are some of the effects of low Vitamin D levels?

What about Vitamin D in athletes and active individuals?

The high prevalence seen in the general population of vitamin D deficiency also extends to the elite athlete population.  Numerous studies have identified vitamin D deficiency in the adolescent and adult athlete populations. This is especially a problem for athletes who have limited sun exposure because of geography and limited seasonal UVB exposure. It can also be a problem for athletes who use excessive sunscreen and patients with dark skin pigmentation.

Current evidence suggests that the treatment of athletes who are vitamin D deficient may help to improve their athletic performance and prevent injuries.(Angeline, Gee et al. 2013, Wyon, Koutedakis et al. 2014)

Due to the reduced amount of sunlight and “outside” time in Victoria many people are Vitamin D deficient and may need to supplement. It is very, very important to have your blood levels of vitamin D tested before and during supplementation.

What you need to know about Vitamin D supplements

Metagenics Liquid Vitamin D3 1000IU is stocked at Chiropractic Solutions and is an excellent product of the highest quality. The advantages of supplementing in liquid form include: better absorption, easier to administer high doses and cheaper than tablet form (vs Osteolan or caltrate).